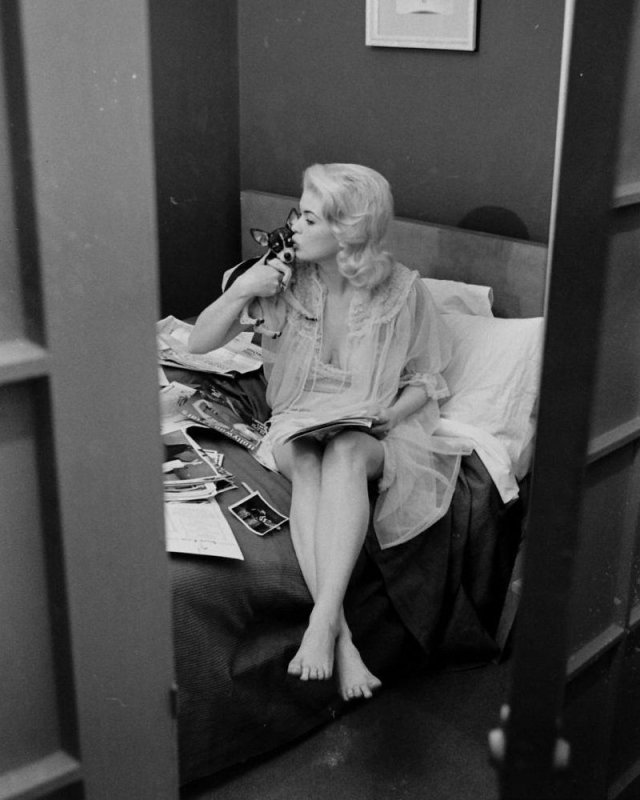 A BRITISH woman who sold the actress Jayne Mansfield two chihuahuas that died with her in a car crash tried to contact the executors of her will just five days after the accident to ask for outstanding payment, according to Public Record Office documents.

Hilary Harmar, of Surrey, wrote to the Foreign Office to ask how to get hold of the children of the American star to confirm that her dogs had died in the accident and inquiring about payment.

Miss Mansfield died in a car crash just outside New Orleans on June 29, 1967. Two of her four beloved chihuahuas died alongside her.

Less than a week later Mrs Harmar wrote to the British consulate in Louisiana asking if they could find out if her dogs, “two golden fawn bitches called Precious Jewel and Emerald”, were among the dead.

She said: “The whole thing is very tragic and sad. It is also very difficult as Miss Mansfield left England without paying me for them. It seems awful to start niggling about money but I think it is best for me to do this through my lawyer and Miss Mansfield’s executor.”
Related Articles

A month later the information officer of the British Consulate in Los Angeles, where Miss Mansfield lived, wrote back to Mrs Harmar regretting that the two surviving dogs were named Dorothy and Cow. It is not known whether Mrs Harmar ever received payment.