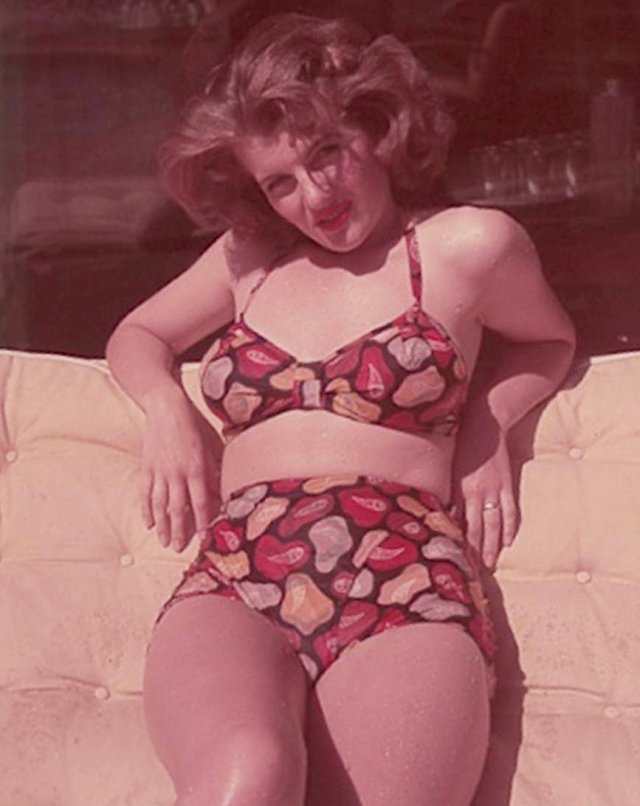 Corinne Calvet: born 30 April 1925; died 23 June 2001. Corinne Calvet was one of the very few French actresses with an extensive career in Hollywood. Only Leslie Caron could claim to have made as many American movies.

But, whereas Caron played up her asexual gamine qualities, Calvet brought serious oo-la-la to her roles. Almost all Calvet’s pictures were made in the 1950s, when Hollywood used foreign stars to appeal to the diminishing international market.

In her debut film Rope Of Sand (1949) as the only woman in a cast that included Burt Lancaster and Claude Rains, the curvaceous 23-year-old Calvet could not help but be noticed. Also in the cast was handsome 27-year-old John Bromfield, whom she soon married. After playing opposite Alan Ladd in Thunder In The East (1953), Calvet divorced Bromfield, explaining that “he had an addiction to sex, which he needed to satisfy in order to sleep”.

In the 1960s Calvet went into semi-retirement, appearing only in a few TV shows between another three marriages and liaisons. In 1967 her longtime boyfriend, millionaire Donald Scott, sued her to recover assets that he had put under her name in an effort to hide them from his wife in a divorce battle. He claimed that Calvet had used voodoo to control him, but their differences were settled after a bitter two-week trial.