Like many English actresses of the era, Shaw trained in the ‘charm school’ of British film studio the Rank Organisation, with prolific credits from 1946 onwards.

In 1958 her husband, British-based American Bonar Colleano, died in car accident. She stopped acting in 1963, gave her children over to grandparents to be raised and descended further into alcoholism and poverty. Her death went unnoticed in the media and the Rank company paid for her funeral. 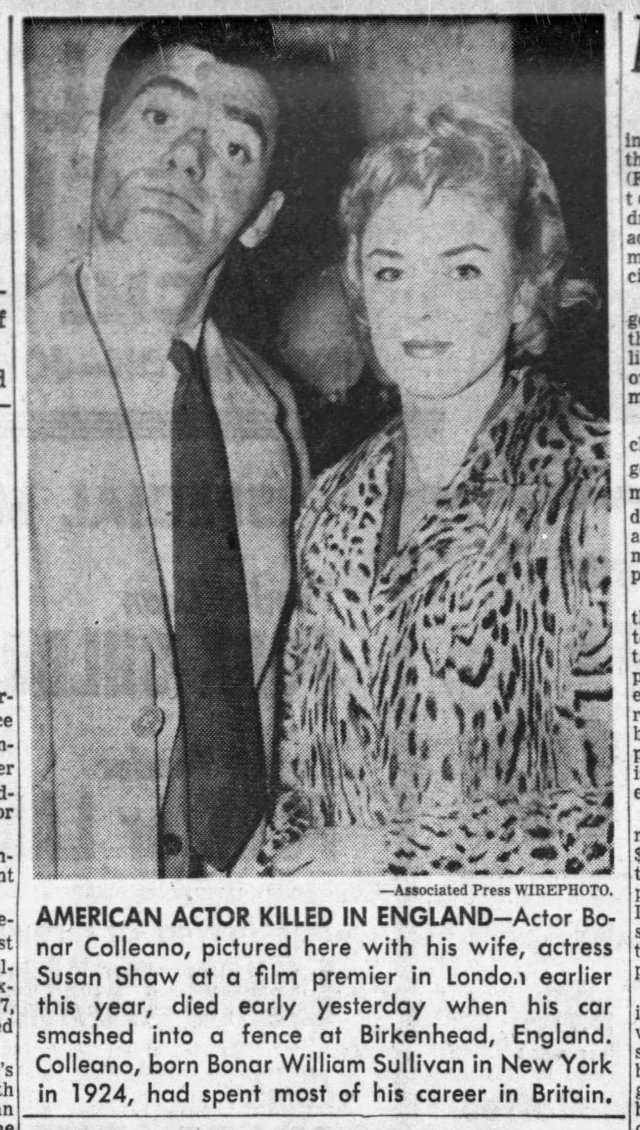