Hartman began her acting career on stage in Pittsburgh where she attended college, then in Cleveland and finally New York, leading to a Hollywood contract and an Academy Award nomination for her first major role in A Patch of Blue (1965).

Mental illness affected her career and she stopped acting in the early 1980s, eventually working in a museum in Pittsburgh while undergoing treatment for depression. She jumped from the window of the fifth storey apartment she shared with her sister. 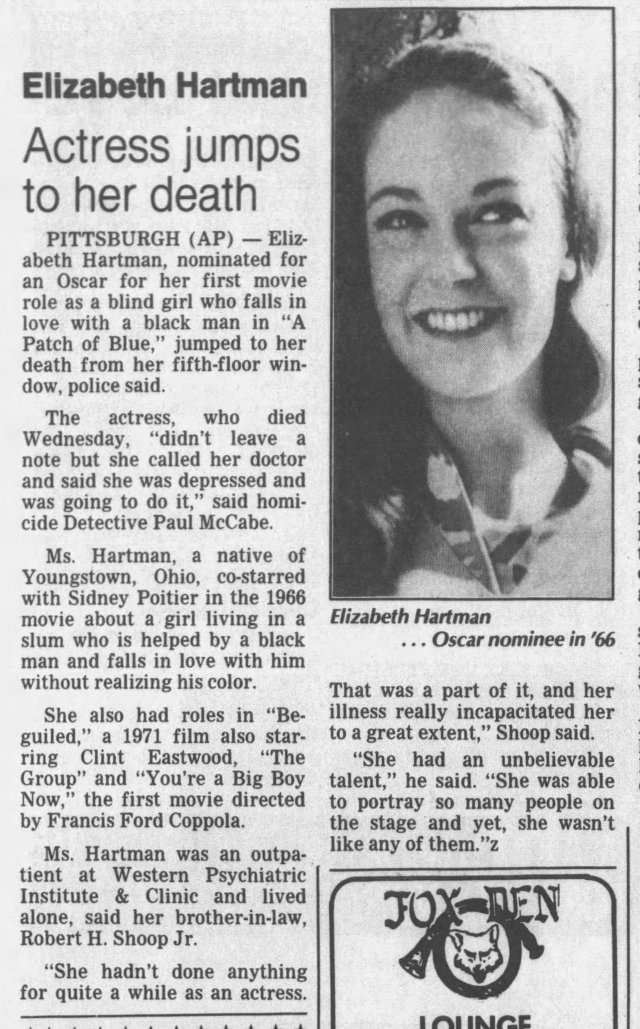