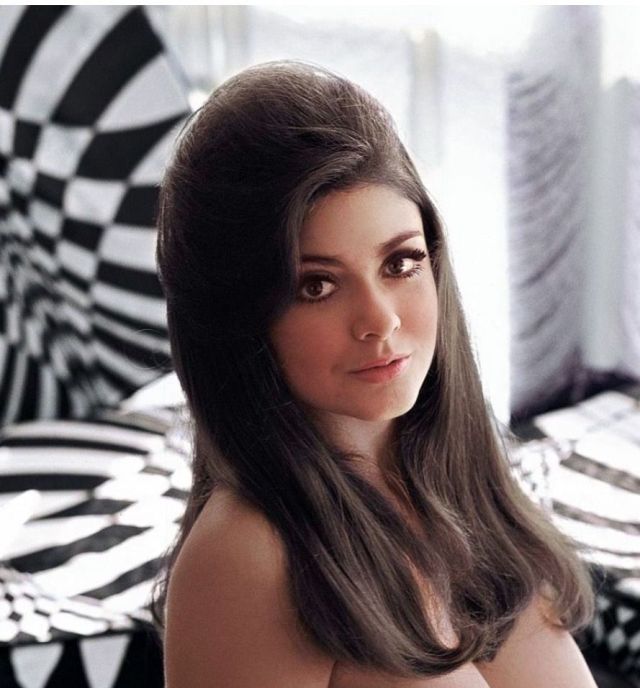 Raised in northwestern Ohio, she started receiving requests to model bikinis by the time she was 14, and later posed for automobile advertisements. Cynthia was given a chance to appear in “Playboy” and had her centerfold layout shot when she was 17, though Hugh Hefner waited until she was of lawful age to publish the pictures.

She quickly became a favorite of soldiers in Vietnam (her centerfold is shown in the 1987 film “Hamburger Hill”), and after finishing high school was able to parlay her new fame into acting opportunities. Cynthia made her big screen bow as an extra in 1968’s “The Lost Continent”, had her most substantial role as Casey Anderson in the 1970 “Beyond the Valley of the Dolls”, and gave her final Hollywood performance in the western “Molly and John Lawless” (1972).

During the 1970s she was seen in advertisements for stereo equipment and on some “Playboy” calendars but she then dropped from public view for several years. She lived in Las Vegas and in Southern California and eventually was featured on some “Playboy” retrospective videos while becoming a quite active supporter of Viet Nam veteran’s groups and a popular attraction at autograph shows. Years after the fact it was revealed that her nude images had flown on Apollo 12. Cynthia was voted the 10th Favorite Centerfold of the 20th Century.